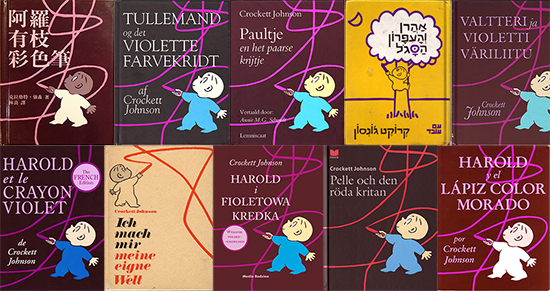 For Crockett Johnson‘s 108th birthday, it’s… Harold around the world! Â Whether you know him as Valtteri, Paultje, Pelle, Tullemand, Harold, or something else, you can read about his adventures in at least 14 languages. I have copies ofÂ Harold and the Purple CrayonÂ in nineÂ languages (Chinese, Danish, Dutch, Finnish, French, Hebrew, Italian, Spanish, and its original English) and have foundÂ some additional covers in other languages (German, Polish, Swedish) on-line.

So, grabÂ your crayon, draw up a chair, and take a look at the many versionsÂ of Harold!

The book is available in at least two versions in Chinese. Here’s the one published byÂ Hsinex International Corporation inÂ 1987. On the cover, Harold’s skin tone is a darker shade ofÂ tan than it is inside the book (where it is the same light tan color that it is in the English-language edition). 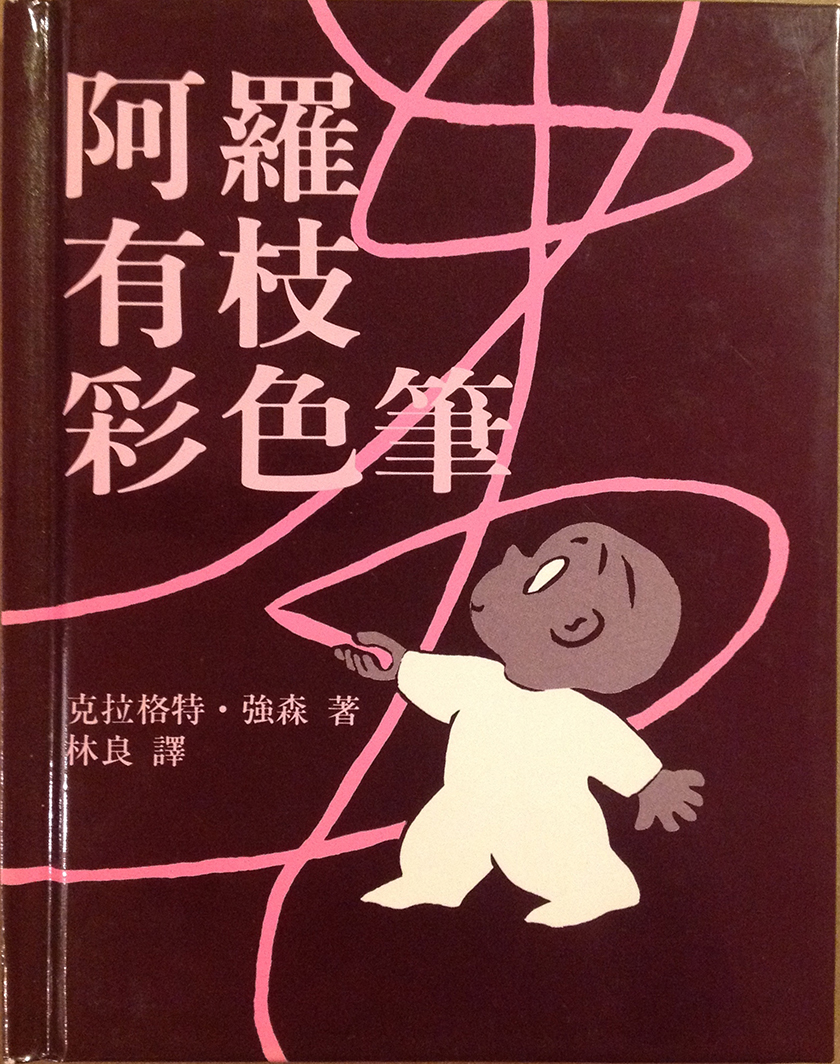 And here’s the one published by Jieli Publishing House in 2004. Â This publisher also translated the other six Harold books – including Harold’s ABC, which must be strange to read. The letters are in English, and the items they name are English words, but all the print narrative is in Chinese – followed by a parenthetical mentionÂ of the English word named by the letter. 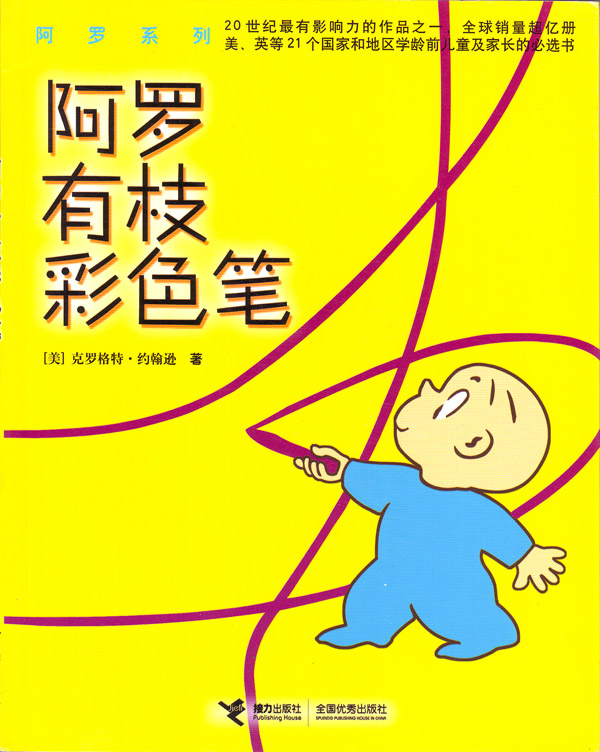 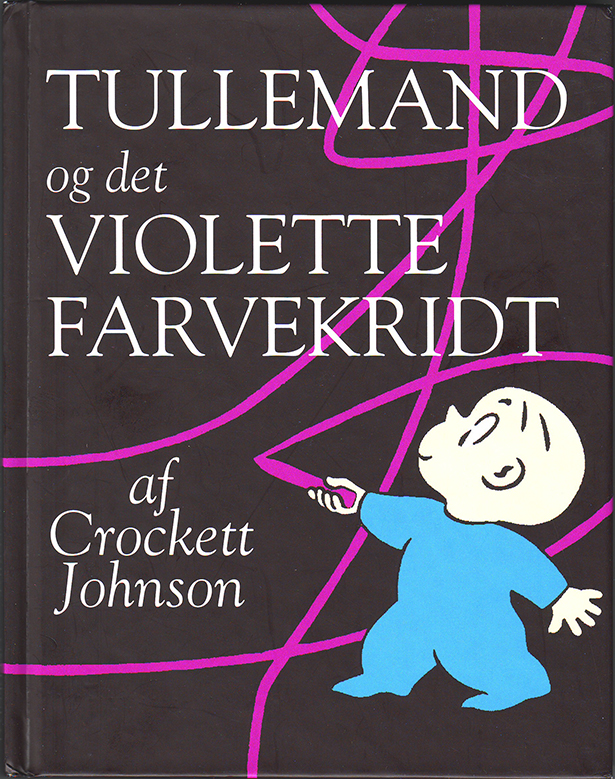 (For this copy, my thanks to Stewart Edelstein, Executor of Ruth Krauss’s Estate.)

For the Dutch edition, one of the Netherlands’ greatest children’s writers did the translation: Annie M.G. Schmidt, authorÂ of Jip and Janneke, Tow-Truck Pluck, and many others (most of which have not been translated into English). Â Published by Lemniscaat. 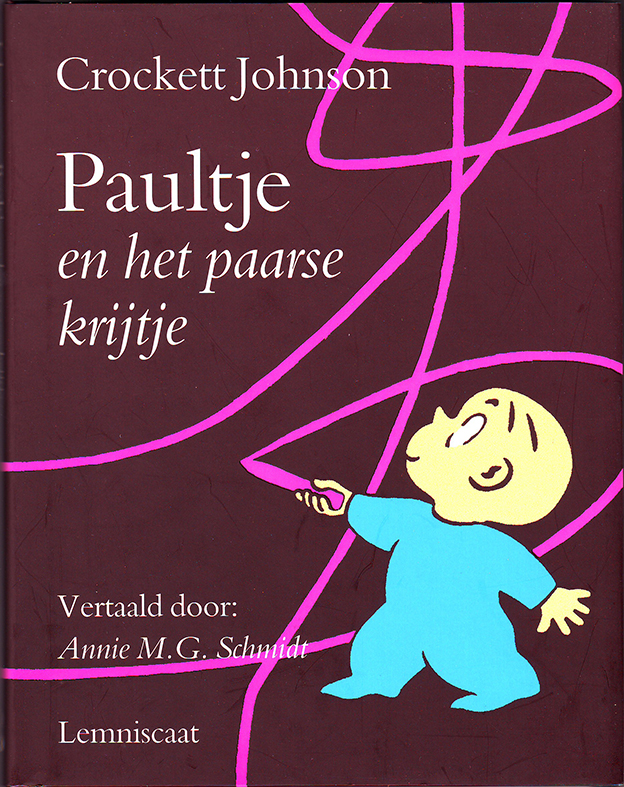 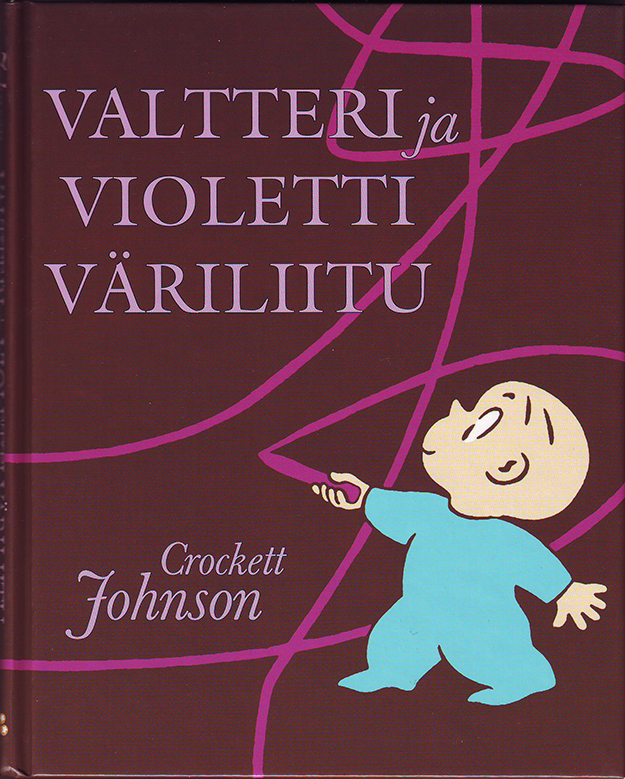 (Thanks to Leena Reiman, who sent me this copy back in 1999 – during the earliest days of myÂ Crockett Johnson Homepage.) 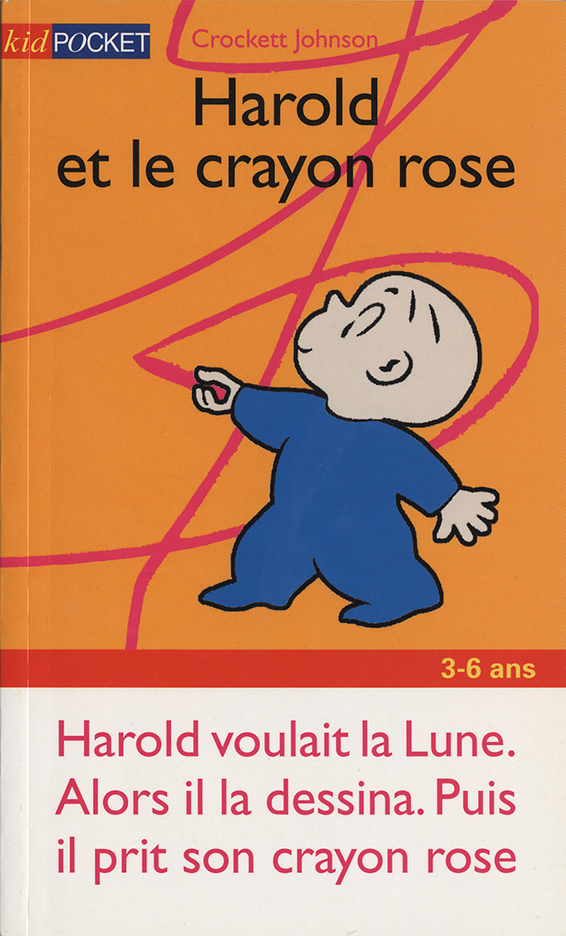 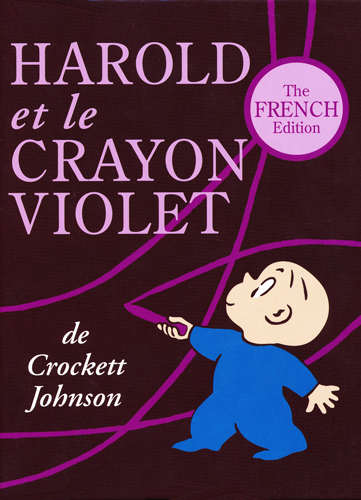 According to GoogleTranslate, this German title translates to “I’m making my own world.” I don’t have a copy of this, but if I remember correctly (I’ve seen a copy with those of Johnson’s papers housed with Ruth Krauss’s), the crayon is red in this edition. 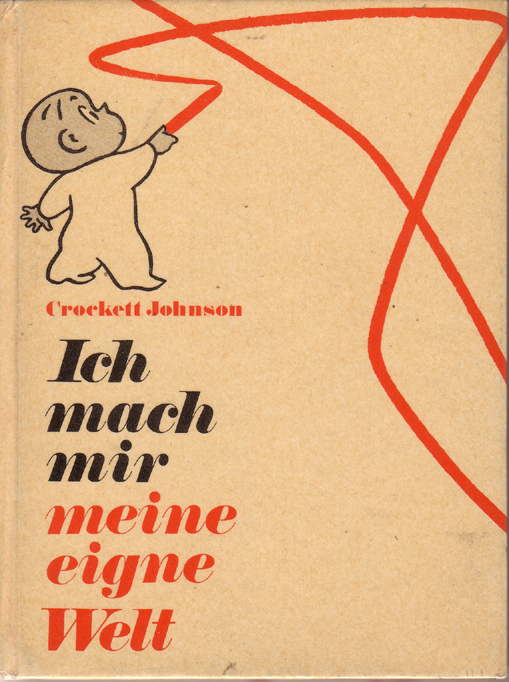 There’s a new German edition, which (mostly) retains Johnson’s title: “Zauberkreide” is “magic chalk,” which makes this much closer to Harold and the Purple CrayonÂ than the above version. 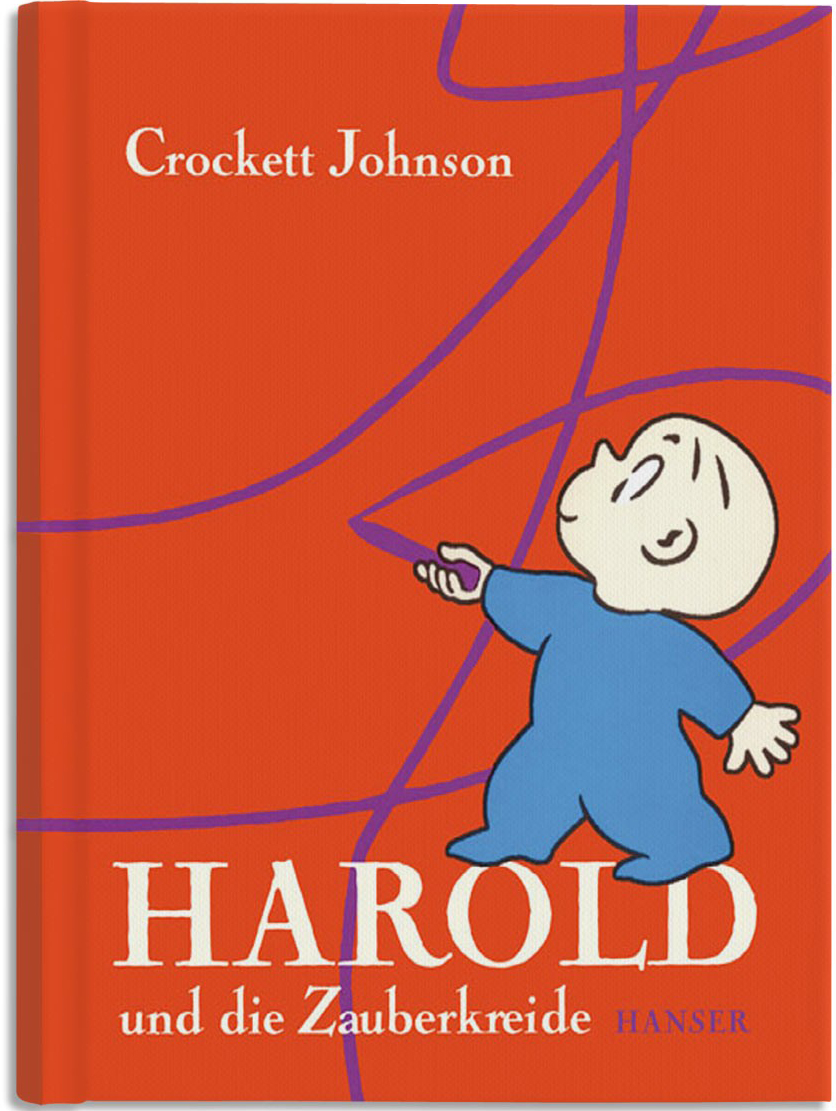 Note that the binding is on the rightÂ side here. The pagesÂ are all mirror images of the English-language version. 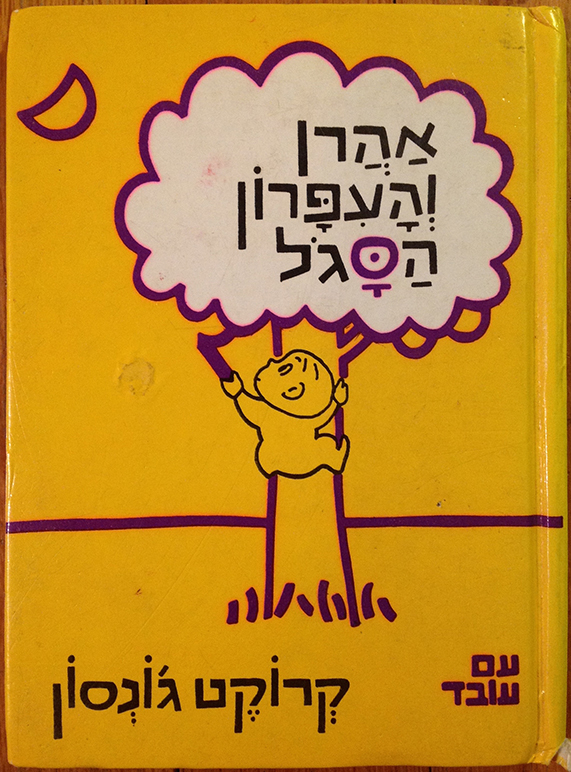 Translated by Giulio Lughi. Published byÂ Einaudi Ragazzi. Â ContainsÂ both Harold and the Purple Crayon and Harold’s Trip to the Sky. 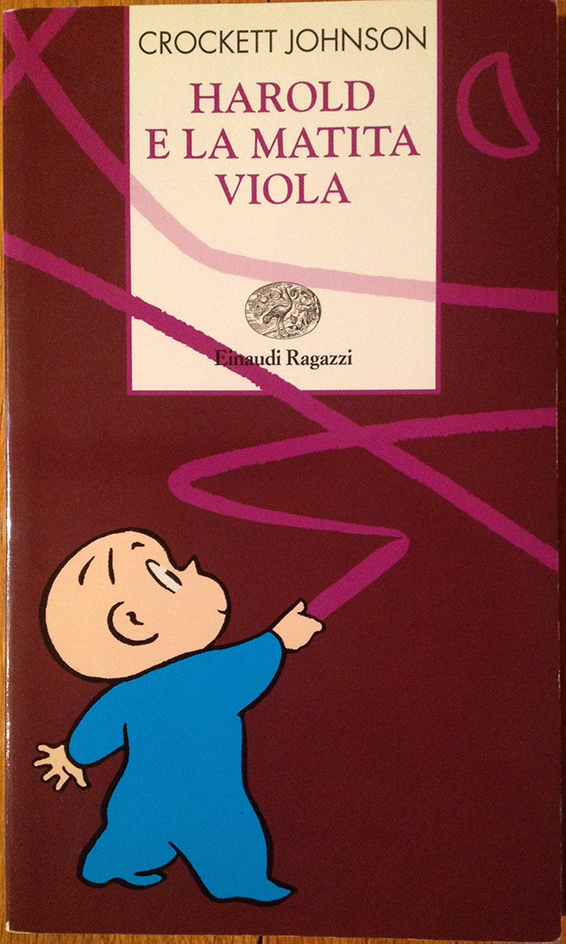 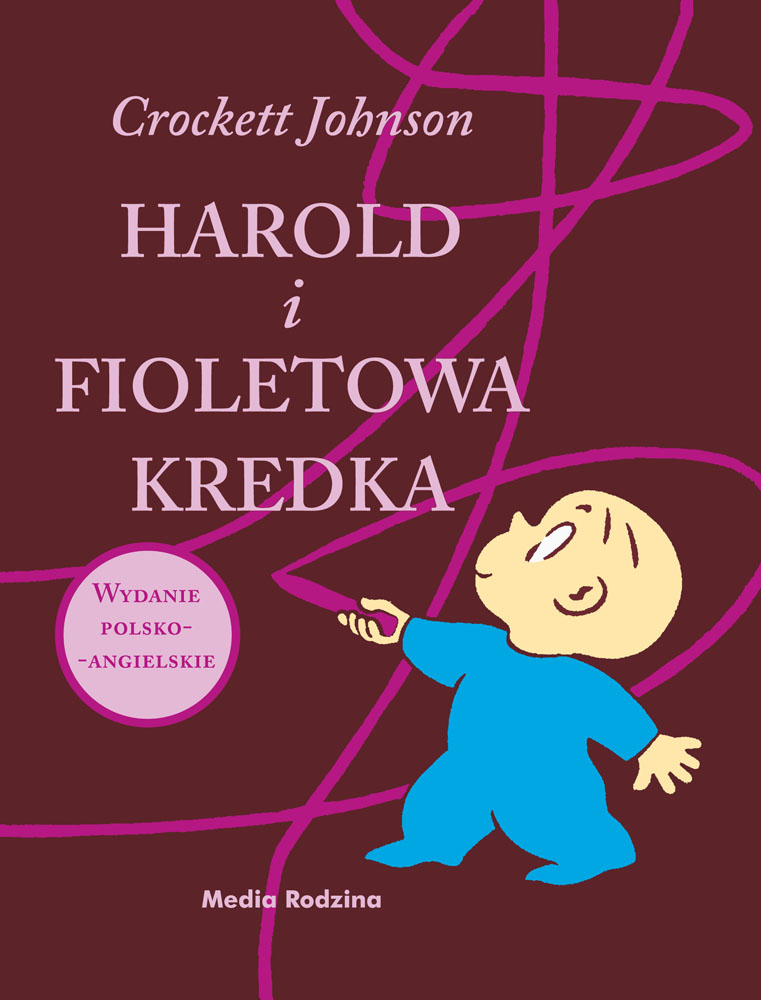 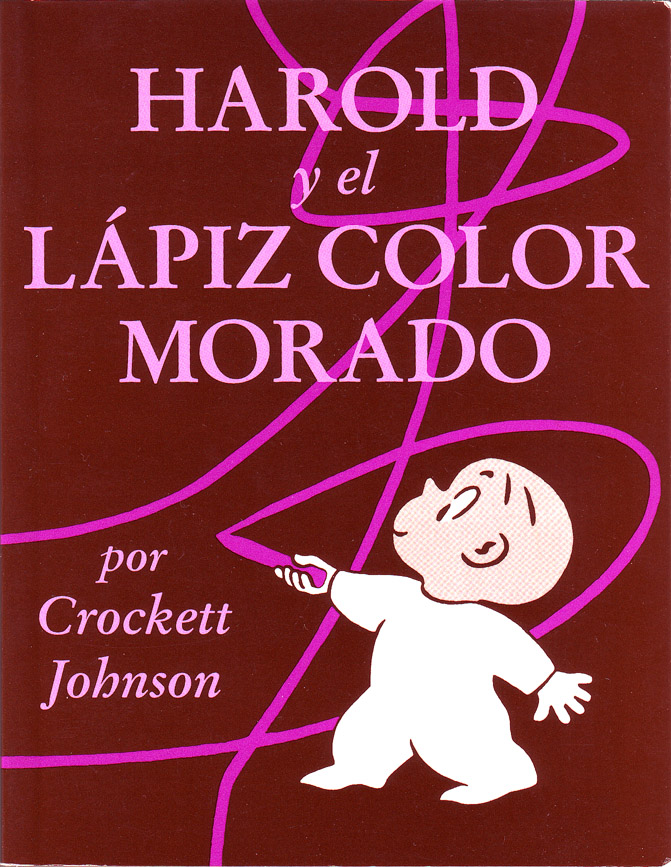 The 1958 edition – specifically, Ole KÃ¶nnecke‘s childhood copy. Note that Harold’s crayon is also red here. Â As KÃ¶nnecke explains, “‘Och den rÃ¶da kritan’ means ‘And the red crayon.'” Â Yet, he adds, “when I added a belt to Harold’s pyjama, I used a purple crayon.” 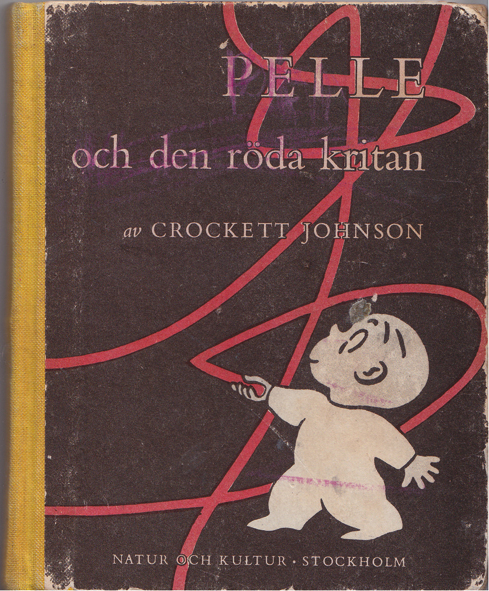 (Thanks to Mr.Â KÃ¶nnecke for sharing this! Incidentally,Â if you’ve not read his children’s books, start with Anton Can Do Magic.) 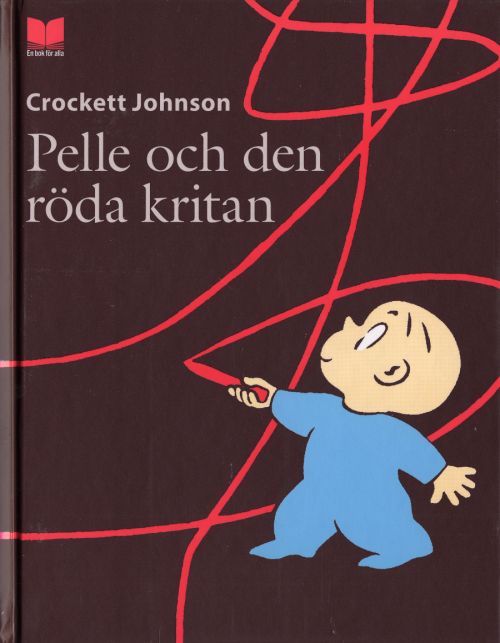 If you found the above to be of any interest, then you might also enjoy these blog posts: