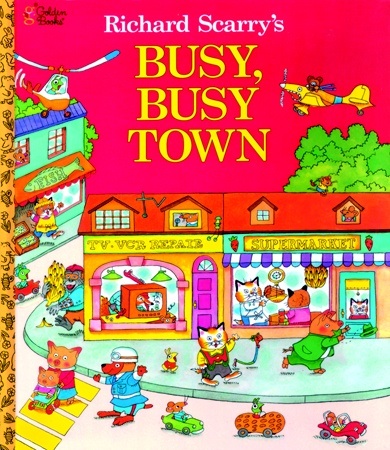 In which we continue the experiment started yesterday – blogging (for this week only) precisely how I spend my time as a Professor of English at Kansas State University. One goal is to demystify exactly what it is that professors do.

8:30 – 9:17 am. Â Ran 4 miles & (en route, in playground) did 25 chin-ups (17 underhand, 8 overhand). Â As mentioned yesterday, I can’t call exercise part of my job, but I would say that staying in shape makes me better able to do my job – because teaching is performance. Â If you’re doing four and a half hours of stand-up a week, it helps if you’re relatively fit. Â This becomes especially important as one ages. Â I’m relatively young (early 40s), but still.

9:32 – 10:12 am. Â Post-run exercises. Â Chronicling fitness routines threatens to turn this blog post into narcissism. On the other hand, professors do have physical bodies, and some maintenance is a good idea. Â Well, I’ll leave out the specifics for the rest of the week, but will include them today. Â 105 sit-ups, 5 sets of “ab-crunches” (of different types, 40 for first set, 20 for other 4 sets), 50 bicycle kicks, 180 leg-lifts. Â Rest. 60 push-ups. Â Rest. Â 35 push-ups.

10:15 – 10:45 am With thanks to Betsy Bird’s Fuse #8 blog today, during breakfast I watched Weird Al Yankovic talk about meeting his hero Shel Silverstein. Â I’d like to read Mr. Yankovic’s children’s book. I’ve been a fan of his since first hearing “My Bologna” and “Another One Rides the Bus” on the Dr. Demento Show, c. 1980. Â Also – thanks to Gwen Tarbox on Facebook – re-read Jim Holt’s review of Logicomix, a graphic novel about Bertrand Russell & logic. Â I encountered this review when it came out, made a mental note to read the book… and then forgot about it. Â Will order a copy, along with the Yankovic book.

11:35 am – 12:15 pm. Â After showering & answering email, graded some response papers for English 703. Â I anticipate a large batch of these coming in on Monday, and am trying to stay on top of things. I give myself exactly a week to return any item – paper, quiz, response paper, etc. Â This often results in “Procrastigrading” (i.e., grading everything on day 6), but in this instance that’s not so. Â These came in on Friday. Â I probably spent too much time grading them, but I see these (and my comments on them) as helping the students with the longer paper. Â Also checked FB during this time – gratified and surprised to see that yesterday’s post has been so widely shared.

12:15 – 1:15 pm. Â Lunch. Â Read the comics, courtesy of the Kansas City Star. Â Today’s Cul de Sac is further evidence of (strip creator) Richard Thompson‘s genius. Â As I’ve remarked before, I highly recommend this strip. Â And read some of the Sunday New York Times – I highly recommend Sabrina Tavernise’s “Reporting While Female,” which provides valuable context to the sexual assault on reporter Laura Logan. Â Kim Barker’s “Why We Need Women in War Zones” is also well worth your while.

1:15 – 1:30 pm. Email correspondence regarding a conference panel I’m trying to assemble (or, rather, co-assemble).

3:35 – 4:20 pm. Â Personal emails, including my weekly note to my family – we’re scattered around the globe, but we do make the time for a weekly update. Â In the interests of honesty, I confess that mine are sometimes a few days late. Â But not this week!

4:20 – 6:00 pm. Â Re-read and began preparing to teach Robin Bernstein’s “Dances with Things: Material Culture and the Performance of Race” (2009) in my English 703 class tomorrow. Â First time I’m teaching this essay. Â It’s a brilliant piece and, as I noted a couple of months back, I’m looking forward to her book – due out this year. Â I also read Diane Ravitch’s “Why America’s teachers are enraged,” which I would recommend. Â As I work each day, my thoughts are never far from the right’s assault on teachers, embodied most dramatically in the person of Wisconsin Governor Scott Walker, who started his term with a surplus, gave tax breaks to businesses (squandering his surplus), declared a budget crisis, and then went after public employees. Â The contempt with which he holds the citizens of Wisconsin is both stunning and sadly familiar.

6:00 – 7:30 pm. Â Read more of Bradley’sÂ The Sweetness at the Bottom of the Pie to Karin during dinner prep, and we watched the 17 Feb. Daily Show with dinner. Â Also (with Karin) hung up some damp laundry-that-doesn’t-go-in-dryer.

10:10 – 10:55 pm. Â Julia Mickenberg and I are co-authoring “Radical Children’s Literature Now!” – a keynote we’re giving at the 2011 ChLA in June. Â In terms of the research we’ve done so far, she’s definitely ahead of me. Â So, I’m trying to catch up. Â Managed to write a little bit this evening.

I estimate today’s work at 7.5 hours. Â A bit better than yesterday. Â I’ve had Sundays where I did more, and Sundays where I did less. Â But… all in all, this will have to do. Â I’m going now (11:10 pm) to respond to a college friend. Â The past few days have been “Univ. of Rochester Honors English 1991-1992” Reunion. Â Heard from two folks from that class with whom I’d completely fallen out of touch. Â Both found me via Facebook. Â And then… bedtime! Â I’d love to get in bed by midnight. Â So frequently I take until 12:30 (or later!) – which isn’t great on a school day!

The rest of this series:Â Saturday, Monday,Â Tuesday, Wednesday, Thursday, Friday, &Â What Do Professors Do All Week? (the final post).