The final appendix omitted from my forthcoming biography of Crockett Johnson and Ruth Krauss (2012) also chronicles their early opposition to the war in Vietnam and – unusually – has Ruth’s name on it as well.  Why did she sign this one?  I think because she particularly abhorred violence.  One of her friends told me that even cartoon violence upset her.  As the previously posted Vietnam petition did, this one includes friends of Johnson and Krauss: Ad Reinhardt, Kay Boyle, Remy Charlip, Herman and Nina Schneider.

A Protest of Artists and Writers

Many other signatures were received too late to be included

This statement was formulated three weeks before the President annoucned that he was willing to begin “unconditional discussions” with “the foe.”  Will his speech be followed by action? – peaceful, responsible action, NOT the further use of force?  The American people have begun, in letters to Washington and in the statements published by other concerned groups, to voice their horror at a policy of violence.  The President has replied to this expression of public opinion.  Let us not now relax our insistence on the immediate cessation of bombings in North Vietnam.  Let us support that part of Mr Johnson’s speech which seems to offer hope of negotiations, and at the same time let us persist energetically in expressing our opposition to any but peaceful policies.  WRITE TO THE PRESIDENT. 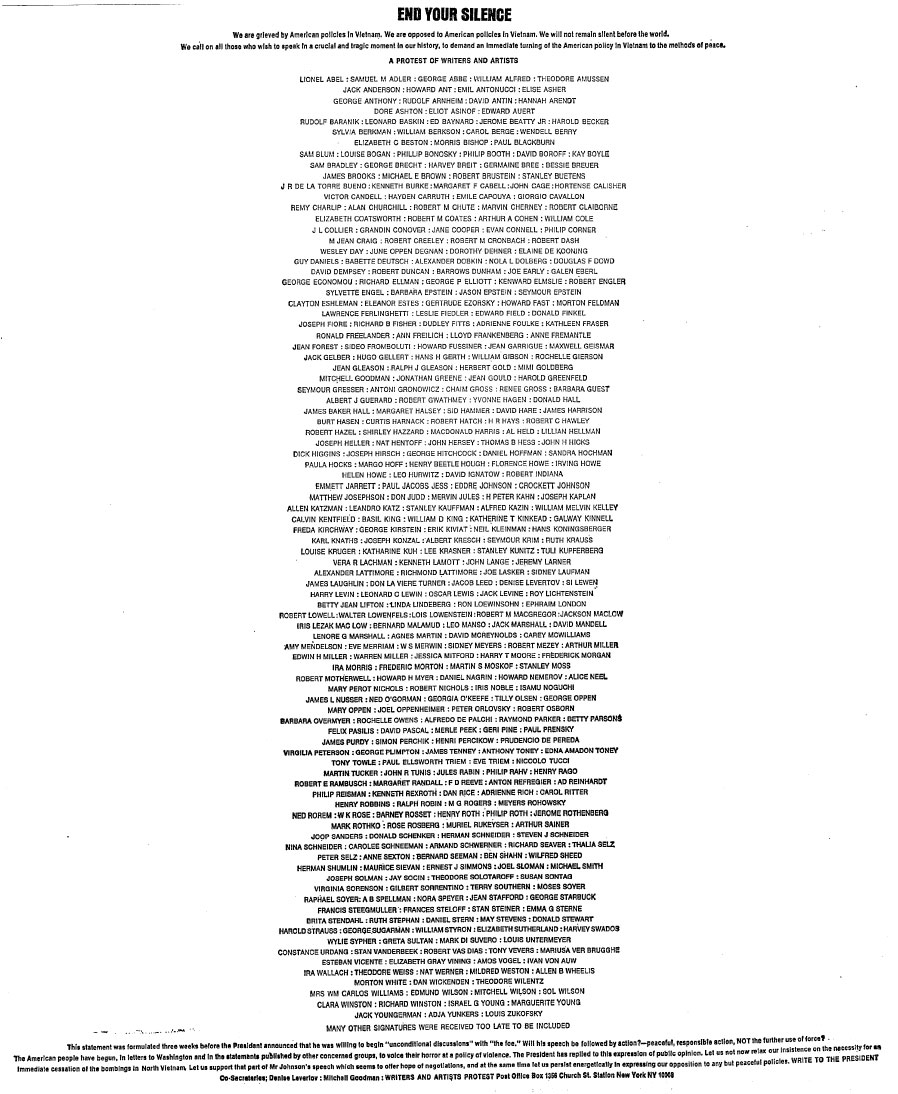 Posts tagged Crockett Johnson or Ruth Krauss or Biography will all likely lead you to something connected to the biography.  Trust me.  If you don’t trust me (and why would you?), here’s an incomplete list of other posts: