It’s hard to imagine that this is even slightly interesting to read, but it does (at least) make visible the work that academics do in the summer. Â Or this academic, at least. Â If you’re just tuning in today, I should say that this week — and this week only — I’m keeping track of what I do during the summer. Â And, if I may be frank (instead of Phil?), I’m glad it’s only for a week. Â Although I think it a useful experiment to undertake, I dislike living in the panopticon. Â I will not be doing this again. Â Anyway. Â Here’s what I did today.

12:00 – 12:30 am. Â Posted yesterday’s chronicle of mundanity, responded to a few comments on Sunday’s post, wrote the above and began constructing this post. 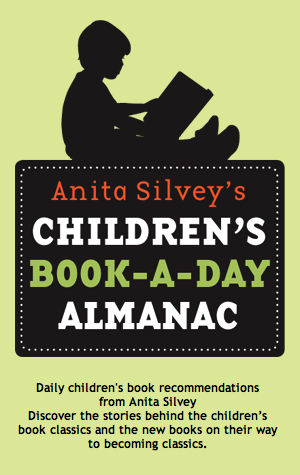 8:05 – 8:15 am. Â Checked Twitter. Â Read thisÂ and this. Â Regarding the latter: Anita Silvey’s Children’s Book-a-DayÂ AlmanacÂ does a great public service, educating readers about children’s literature. Â Regarding the former: efforts to censor & ban literature for children interests me. Â In the case of Tintin in the CongoÂ (the earlier link), the movement to censure derives from (what I read as) a progressive impulse. Â  The book doesÂ traffic in racial stereotypes. Â It’s not a book I would give to a child. Â Yet, nor would I be willing to ban it. Â (I wrote a blog post on this subject a couple of years ago.)

9:20 – 9:50 am. Â Hat tip to Lori Sabian (via Facebook), which led me to this orchestra flash mob, playing Peer GyntÂ on the Copenhagen metro.

Things like this make me glad to be alive, glad that there are such people in the world.

In addition to checking into Facebook, also wrote one professional email, and listened to a very long automated speech to try to fix my Working Assets credit card: the new card’s three-digit security code doesn’t work on the USPS website, and so I’ve been unable to use the card. Â (I haven’t tried it on other sites.) Â Also burned a few CD mixes for friends.

10:00 – 11:10 am. Jogged to car, drove to gym, worked out at gym, drove back. Â Really prefer cycling to gym. Â It seems silly to drive somewhere for exercise. Â Makes much more sense to bicycle there for exercise.

11:15 – 11:30 am. Â Drank water. Â Read some email. Â Professional correspondence re: Oslo conference. Â Nothing yet from Eric re: Barnaby. Â Expecting a list of still-missing strips today.

12:30 – 2:10 pm. Â Lunch with Dan Hoyt. Â Now, thisÂ is something that neverÂ (or almost never) happens during the school year. Â Lunch out with a friend! Â Highly unusual. Â I work with a lot of great people, but we’re all usually too busy to spend much time with each other. Â So, to all who wish to criticize academics for “goofing off” during the summer, feel free to use this long lunch as evidence.

2:30 – 3:45 pm. Â Reviewing for Routledge. Â Also answered professional emails, including one re: recent scholarship on children’s lit and politics.

4:00 – 5:35 pm. Â Routledge, continued. Finished review of prospectus & chapters. Â Also sent email to Eric re: Barnaby, and received reply with promise of that required info. would be forthcoming.

5:35 – 6:55 pm. Â To Claflin Books to pick up some books I’d ordered. Â (Whenever possible, I’m trying to buy from local bookshops, rather than Amazon.) Â Other errands. Â Also picked up Karin from campus.

8:20 – 8:30 pm. Read email, wrote one (professional), and added New York MagazineÂ piece on SendakÂ to links (at bottom of my tribute page).

8:50 -Â 11:20 pm. Â There’s more Routledge stuff to do, but I’m turning to something that I reallyÂ want to complete this week. Â Revising, expanding, restructuring an essay that theorizes the difference between comics and picture books. Â It’s me at my most formalist, and it’s a question I’m very much invested in. Â I’m doing a lot of restructuring, both within paragraphs (the version I gave at MLA had a more deductive structure, and the argument is clearer if I give it an inductive structure) and in the larger body of the piece (changing the order of paragraphs). Â I’m also bringing in examples. For the conference-paper version, I simply showed the images up on the screen. Â For this printed version, I will not be able to rely upon images. (If I can summon the energy to do so, I may seek rights for a few, but… certainly nowhere near as many as I used in the talk.)

11:20 pm – 12:00 am. Â Checked into Facebook, and read Jon Scalzi’s excellent “Straight White Male: The Lowest Difficulty Setting There Is.” Â It uses video games as a metaphor to explain privilege, and it does so brilliantly. Â Hat tips to Jonathan Beecher Field and Laine Nooney. Â At this point, I think we should also add that Paul Karasik’s Master Class in Comics Narrative looks fantastic. Â Thanks to Bridgid Shannon, watched this recent piece, in which MauriceÂ Sendak talks about Melville, Blake, comics, “the strangeness of childhood,” and why his favorite books (of his own) are all considered “inappropriate.”

And… concluding with a song. Â Was hoping for the Pogues’ “Tuesday Morning,” but couldn’t find a YouTube video I liked. Â So, we’ll go with the classic Dropkick Murphys number, “Workers’ Song.”

If you found a day’s work in (my) academic life to be of little interest, then it’s hard to believe that you’d want to read any of these posts: